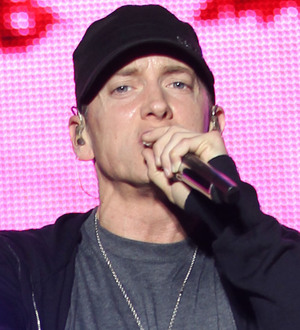 Eminem has beaten Jay-Z and Snoop Dogg to be crowned the world's most successful rapper.

The Stan hitmaker has been named as the king of hip-hop by Rolling Stone magazine, with editors tallying up album sales, social media hits and critical acclaim since 2009.

Other rappers to make the top ten include Nicki Minaj - the only female MC on the list - Rick Ross, Ludacris, Gucci Mane and T.I.

Most surprisingly, Snoop Dogg lags behind at number 11.