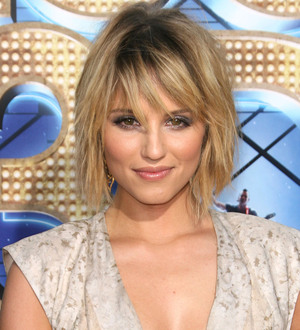 Dianna Agron refuses to divulge secrets from her private life - in order to avoid becoming tabloid fodder like Lindsay Lohan.

The Glee actress insists the troubled Mean Girls star is an "amazing actress" but fears the 25-year-old actress' career has been overshadowed by fans' interest in her personal affairs.

She tells Cosmopolitan magazine, "It's really sad looking at people like Lindsay Lohan. She's an amazing actress, but you see what happens when people know too much about your personal life.

"People start not being able to look at you in the same way professionally. I don't want that to happen to me."

And Agron is convinced keeping her private life out of the headlines has helped her remain grounded.

She says, "I'm the happiest that I've ever been. Ever. High school, middle school - I've loved every part of getting older and growing, but I definitely think that this is the most I've ever felt like myself and that I'm being treated like who I feel I am."