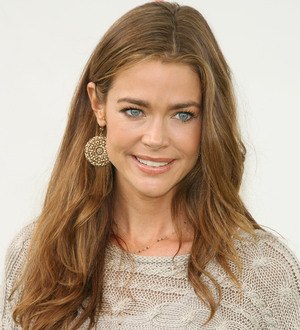 Denise Richards's kids have a lasting keepsake from their late grandmother, who wrote heartwarming notes to her grandchildren just hours before she passed.

The former Bond girl's mum Joni died of cancer in 2007, but before she lost her health battle, she penned a poignant message for her granddaughters Sam and Lola to help them with their grief.

The actress tells Piers Morgan Tonight, "Three months before she had died she sent some books to her best friend in Chicago and said, 'When I pass away, give these to the grandkids', my kids. And my sister's kids. And my dad didn't even know she did this. I didn't know she did it.

"So the morning that she died she pulled the book out, and my mom wrote a note to my children (which) said... that she's arrived in heaven and that she would be watching over them and forever be there. So courageous and brave, knowing that - you know, she didn't have much time left and she was still taking care of us, even after she had left."