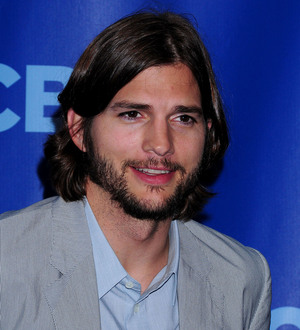 Ashton Kutcher has joined Hugh Laurie as the highest paid actor on TV, according to a new magazine study.

Both stars will earn $700,000-per-episode for Two and a Half Men and House, respectively, when the two high-rated shows return to TV next month (Sep11), but Ashton Kutcher also reportedly has a deal in place, where he'll profit further if his sitcom is a hit.

Ashton Kutcher is replacing fired Charlie Sheen on Two and a Half Men.

However, both actors' 2011/2012 TV salaries won't match Simon Cowell's package when he kicks off his new X Factor show - the study, carried out by TV Guide magazine, suggests he's on a whopping $75 million -per-year.

And the music mogul's replacement on American Idol, Jennifer Lopez, has signed a new deal to return to the talent show reportedly worth $20 million for the second season.