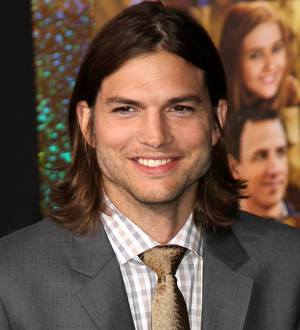 Ashton Kutcher used his cover as a "dumb actor with a lot of money" to place bets for a sports syndicate.

The Two and a Half Men star admits he made money between movies by working with "the largest national sports-betting syndicate in America" and placing bets on college football games.

Kutcher reveals he worked with the syndicate for "half a season" and made a lot of cash.

He tells Esquire magazine, "I actually used to be a front for the largest national sports-betting syndicate in America... In football, you're basically looking for numerical anomalies... It's really complicated. You gotta know a lot of data points - how this team played on various surfaces, in different weather - a lot. But these guys could do it...

"So, generally these types of individuals aren't allowed to gamble, but they know how to handicap the house. So they sent me in. I basically just placed the bet... (I did it for) one season. Well, half a season... We were clearing, like, $750,000 in four weeks of college football. It was pretty fun. Then they caught on. The hypothesis had been that the house would just assume that I was a dumb actor with a lot of money who liked football."