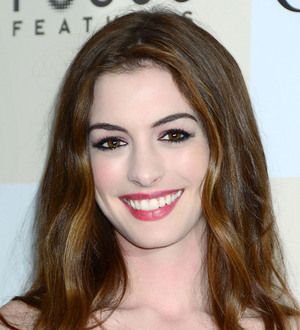 Anne Hathaway has responded to critics who blasted an early photo of her as Batman's nemesis Catwoman, promising fans will be thrilled when they see her in action on the big screen.

Warner Bros. bosses released a publicity shot of the actress as the feline fatale in The Dark Knight Rises last week (ends07Aug11) and a number of bloggers expressed disappointment over the picture, which depicts the star riding a motorcycle in her Catwoman costume.

Hathaway admits she read the critics' first impressions and complaints, but insists audiences will be wowed when they see her play the supervillain.

She tells MTV.com, "I was not going to admit it: I asked someone to send me a few reactions. And I happen to know that MTV's reaction was 'meh.'