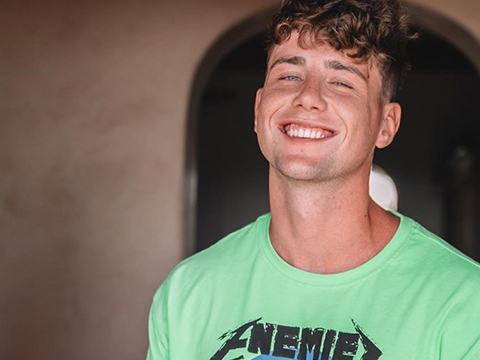 In the early days of quarantine, Netflix blessed us with one of our newest favorite guilty pleasures: the reality dating competition series "Too Hot To Handle", which in turn introduced America to the Aussie cutie Harry Jowsey! Now a staple on TikTok, we have more of Harry than we can handle, and we are not mad about it! Harry drops by the Young Hollywood Studio where he gives us all the behind-the-scenes dish on his TikToks and his many adventures with the Hype House crew, especially Lil Huddy, Ryland Storms, and Nick Austin, as well as frequent collaborator Noah Beck! We take a look at some of his TikToks with him, which is no easy task, because, as easy on the eyes as he is to us, he makes himself cringe -- go figure! He also reveals how many drafts he currently has plus something about the Hype House that you might not expect to know!