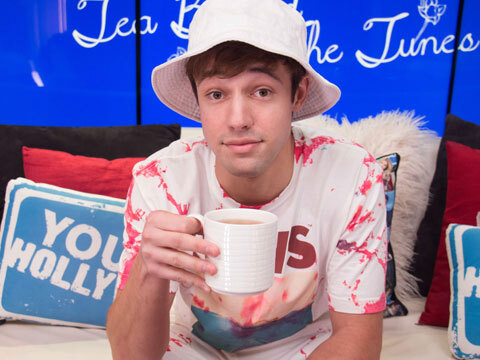 Cameron Dallas Spills the Tea Behind His Single Helpless

Actor, singer, and influencer Cameron Dallas has been a lot in his short time on Earth and in the public eye, but he's determined to grow and learn from it. After struggles with addiction that led to not one but two stints in rehab, he's finally ready to confront his darkness and move forward into a new, healthier period in his life. With a renewed sense of himself and his recovery, Cameron has gone back into the recording studio to vent all his feelings with some music therapy, which has culminated in his intense new single "Helpless". He returns to the Young Hollywood Studio to spill everything about this song and the meaning behind it in our segment "Tea Behind The Tunes", where he reveals some things he learned in rehab and how lucky he feels -- even if he doesn't believe in luck. Plus he tells us some things that give him good energy to motivate him to keep moving forward toward his best self!