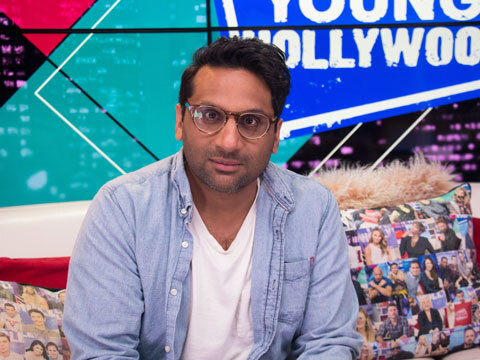 'Long Shot' is a romantic comedy starring Charlize Theron and Seth Rogen, but there's no doubt that the real star of the movie is Ravi Patel! The hilarious actor drops by the Young Hollywood Studio to fill us in on his role in the film -- specifically what it means to be a "body man" to Charlize's Secretary of State character. As the title suggests, the movie explores what it's like to date someone who seems "out of your league", and Ravi offers his own insight on what it's like to be a dating underdog. Before too long, though, we get to the real heart of the matter -- Ravi's obsession with the E! reality series, "Very Cavallari"! He tells us all about the real reasons he loves the show, which stars Kristin Cavallari and her former NFL star hubby Jay Cutler. Has it inspired him to move to Nashville and launch his own reality series?!