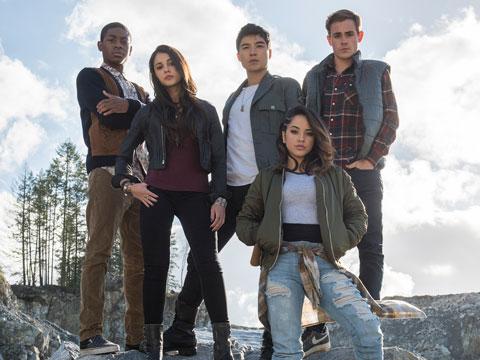 Who the 'Power Rangers' Cast Would Ride or Die With

It's Morphin Time in the YH Studio when the cast of 'Power Rangers' swoop in to give us the scoop on this big screen blockbuster adaptation of the '90s franchise! Dacre Montgomery (Red), Becky G. (Yellow), Ludi Lin (Black), RJ Cyler (Blue), and Naomi Scott (Pink) talk about the diversity and positive representation in the film, plus they all reveal which Rangers they would ride or die with!