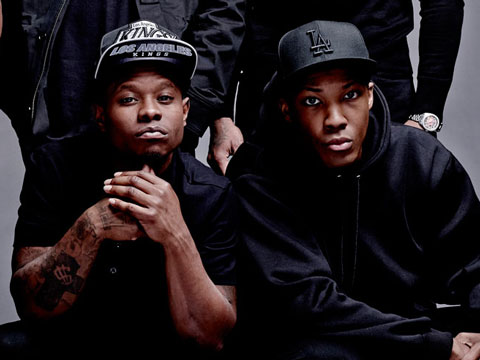 Straight outta the YH Studio, actors Jason Mitchell and Corey Hawkins stop by to tell us all about their life-changing experience playing hip-hop icons Eazy-E and Dr. Dre (of the pioneering '90s rap group N.W.A.) for the critically-acclaimed biopic 'Straight Outta Compton', including one-on-one guidance they received from Dre, Ice Cube, and Eazy's son themselves! They also talk about the daunting task of re-recording the group's landmark debut album, plus they take a quiz to test their rap knowledge!