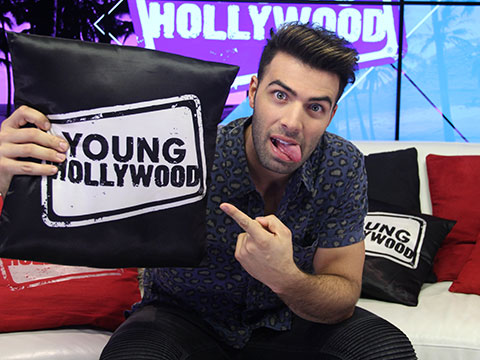 Cue the wind machines! The YH Studio is en fuego when "Telenovela" star Jencarlos Canela pays us a visit to tell us all about his hilarious NBC comedy starring Eva Longoria, which happens to be familiar territory for the actor, as he has appeared in several actual telenovelas himself! To that end, we quiz him about on-screen kissing, some of the wackier storylines he's been involved in, and we challenge him to a good old-fashioned Telenovela Face-Off!