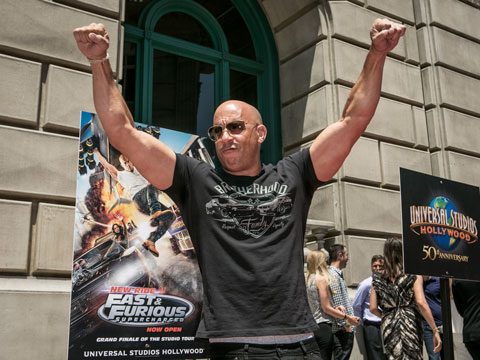 Vin Diesel Gets 'Fast and Furious: Supercharged' at Universal Studios

YH gets an exclusive look at Universal Studios Hollywood's newest ride, 'Fast and Furious: Supercharged'! We catch up with our buddy and star of the movie franchise, Vin Diesel, who reveals why we make him feel special, and we also chat with one of the theme park's creative execs, Chick Russell, who tell sus all about what goes into creating a "thrill ride"! We even get to feel fast and furious by testing out the new ride ourselves!