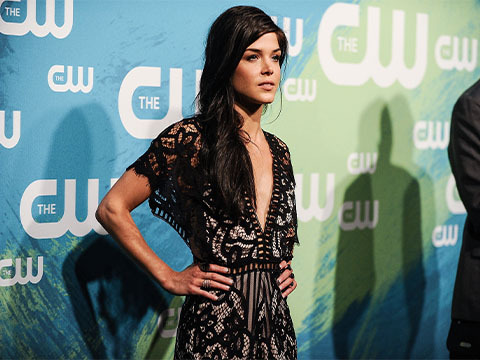 "The 100" is turning 100 -- a hundred episodes, that is! The extremely popular CW sci-fi series enters its seventh and final season this year, wrapping up a story that has thrilled viewers for the past six years and will no doubt continue to live in the hearts of its most devoted fans and the cast alike! One of those actors is Marie Avgeropoulos, who plays Octavia Blake. Young Hollywood catches up with the actress via Zoom to get all the details on the much-anticipated finale and teases what we can expect from not just her character but others, including the fate of one of most talked-about relationships, Clarke & Bellamy (AKA "Bellarke")! She also explains how the cast never really got to say a proper goodbye, as all production was shut down immediately after their last day of filming, plus we play a Game of Lasts with her to find out the last thing she ordered online, her last home workout, and her last favorite memory from the set of "The 100"!