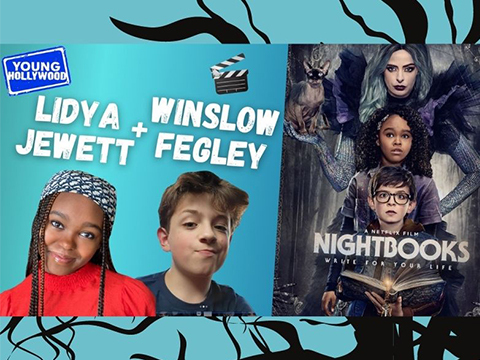 Spooky Season is officially underway and Netflix is kicking things off with their adaptation of the popular horror-fantasy kids novel 'Nightbooks', about a young boy, Alex, who is held prisoner by a young witch in her magical apartment and must work with the witch's imprisoned servant, Yasmin, to escape her devious clutches! Young Hollywood catches up with the super talented actors behind Alex and Yasmin, Winslow Fegley and Lidya Jewett, over Zoom to find out more about their experience making this fun yet creepy movie, including filming scenes with crazy CGI creatures and how they got to know each other in order to play a team on-camera! They also reveal some fun stories from on set, plus they share some of their own favorite scary tales and tell us what they plan to dress up as this Halloween!