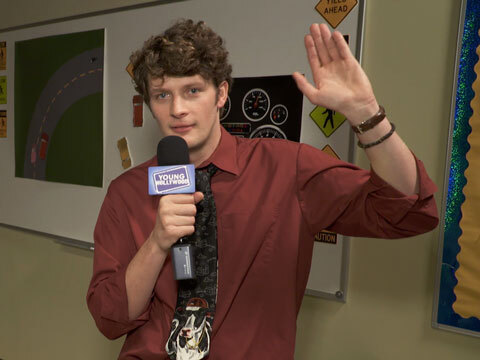 Take a trip back to the '90s as Young Hollywood visits the set of ABC's "The Goldbergs" spinoff, "Schooled", which sees Lainey Lewis becoming a music teacher! We chat with Lainey herself, AJ Michalka, as well as co-stars Tim Meadows, Bryan Callan, and Brett Dier, who all reveal some of their fondest high school memories and favorite '90s music, plus we get a tour of the William Penn Academy set!