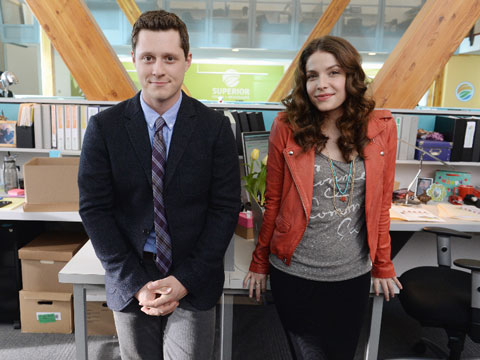 On Set with the Cast of ABC Family's "Kevin From Work"

Just another day at the office as YH heads to the set of ABC Family's workplace comedy "Kevin From Work" to catch up with Kevin himself (Noah Reid), his office crush (Paige Spara), his sister/roommate (Jordan Hinson), and his BFF (Matt Murray)! The actors show us around the set of their on-camera office, Superior Food & Beverage, plus they talk about working with director McG!