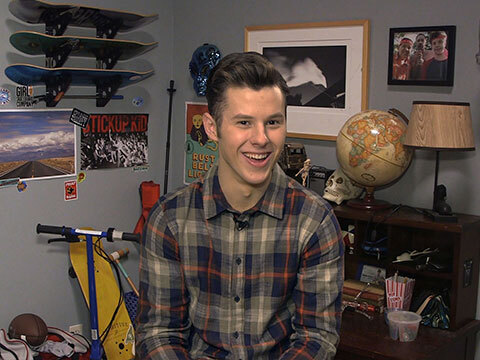 Young Hollywood catches up with actor Nolan Gould on the set of ABC's long-running hit series "Modern Family" to celebrate their 200th episode and get a tour of the infamous Dunphy residence! Nolan shows us his character Luke's bedroom (and reveals why the bed has been put up), plus he dishes on his uncanny resemblance to Shawn Mendes and his appearance in Logic's intense "1-800" music video!