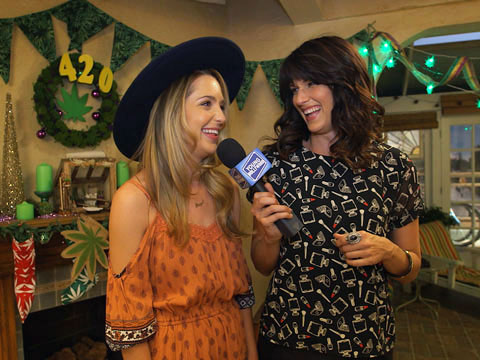 Munchies & Snapchat on the Set of "Mary + Jane”

Mandatory munchies in hand, YH heads to the set of MTV's new scripted stoner comedy "Mary + Jane" to catch up with the talented stars Scout Durwood and Jessica Rothe and get a tour of the set, which was modeled after the Silver Lake apartment in which the pilot episode was filmed! The actresses also talk about the premise of the show and their undeniable chemistry!