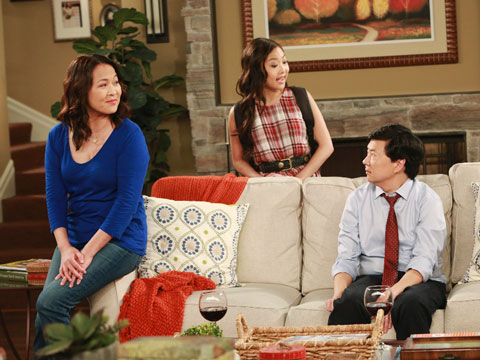 Ken Jeong and Co-Stars on the Set of ABC Comedy "Dr. Ken"

Actress Krista Marie Yu takes us inside of the set of ABC sitcom "Dr. Ken" where she gives us an exclusive tour and sits down with some of her co-stars to get to know them better! She chats with (on-screen brother) Albert Tsai, (on-screen mother) Suzy Nakamura, Tisha Campbell-Martin, and the man of the hour himself, Ken Jeong, who plays her father! The actors reveals their favorite parts about filming the show, which is loosely based on Jeong's real life, plus Albert gives us a tour of the set, including a stop by wardrobe and, of course, craft services!