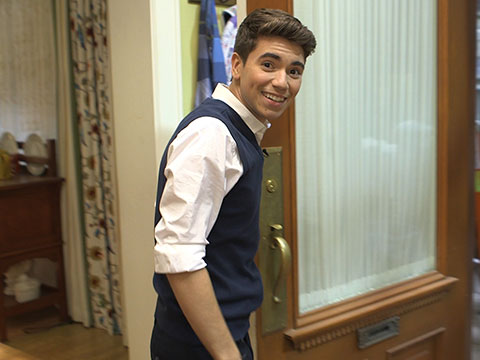 Inside the Set of “The Real O’Neals”

YH goes behind the scenes of ABC's groundbreaking comedy "The Real O'Neals", where we catch up with stars Noah Galvin, Bebe Wood, and Matt Shively and get an exclusive tour of the set! See each of the on-screen siblings' bedrooms (including the one item that Noah would like to steal) and also some delightfully awkward family photos!