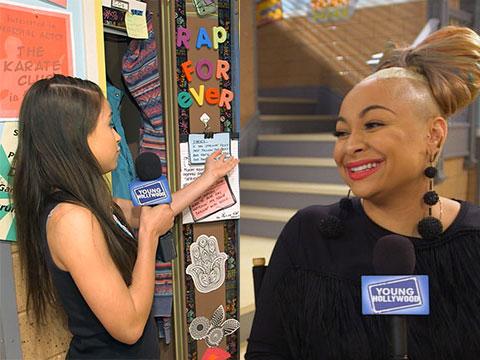 Inside Look at Raven’s Home on Disney

YH is stoked to go behind the scenes of Disney Channel's "That's So Raven" spinoff, "Raven's Home", to catch up with the cast and get a peek of the new set! We get to know the new blood of the show, Sky Katz, Navia Ziraili Robinson, Issac Ryan Brown, and Jason Mayburn, plus we also sit down with returning stars Raven-Symoné and Anneliese van der Pol, who reveal their reactions to returning to their old stomping grounds and how this version differs from the original (spoiler: not that much!).