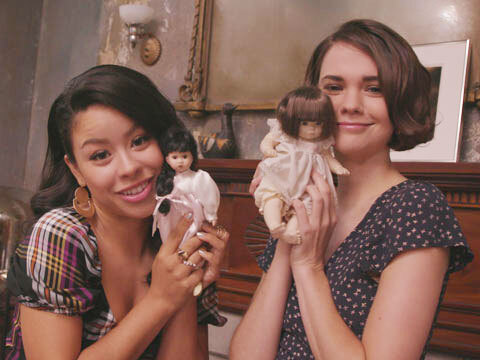 If you're going through "The Fosters" withdrawals, Young Hollywood has you covered! We head to the set of the spinoff/sequel to the hit Freeform show, "Good Trouble", where we catch up with stars Maia Mitchell and Cierra Ramirez to see what sort of good trouble Callie and Mariana are getting up to after leaving San Diego for L.A.! The actresses show off their trendy loft set, plus we also sit down with new co-stars Sherry Cola, Roger Bart, Tommy Martinez, and Zuri Adele!