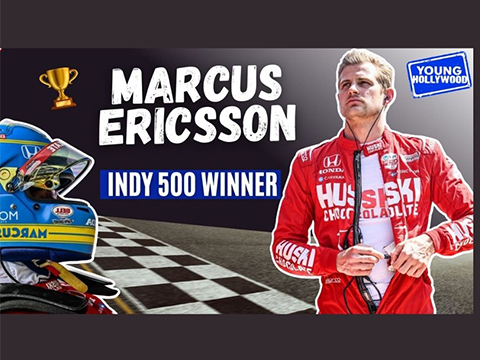 For most open-wheel racers, the goal is to make it to IndyCar and then eventually one day race for Formula 1. But for Marcus Ericsson, his career has had the exact opposite directory, having gotten his start in F1 before making his way to the States to race in the IndyCar Series! That early experience has definitely paid off, as he is now the brand new winner of the famed Indianapolis 500! Young Hollywood catches up with the champ via Zoom while still basking in the afterglow of his outstanding victory, where the Chip Ganassi Racing team member reveals that the historic win was more of a team effort than most probably realize. He also tells us about the whirlwind of activities he's experienced since the race, including a trip to New York City and a phone call from the King of Sweden himself, plus we play a game of "This or That: Swedish Edition", where Marcus sets the record straight on Swedish Fish!