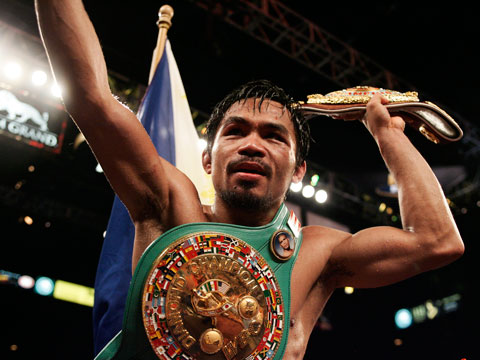 Manny Pacquiao is a man who sticks to his New Year's Resolutions! After telling us he hoped the long-awaited bout with Floyd Mayweather would materialize in the new year, he's made good on that goal, and now YH is at the Wild Card Boxing Club to catch up with the champion boxer at the media day event for his upcoming fight with Mayweather! We ask him about his training, his get-pumped music, and how he will celebrate if/when he wins!