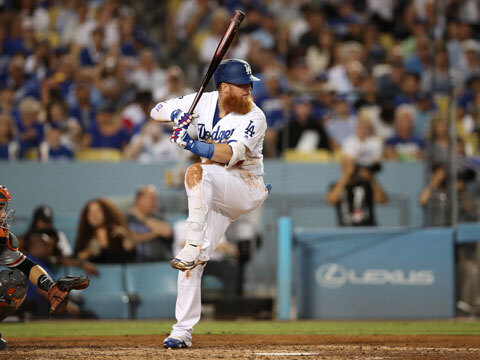 L.A. Dodgers Kick Off The Post-Season at the NLDS

After another grueling season, the Los Angeles Dodgers are ready to take on the MLB post-season, so Young Hollywood heads to Dodger Stadium as the hometown team prepares to face off against the Washington Nationals for Game 1 of the National League Division Series in a bid to move on to the National League Championship Series and, hopefully, all the way to the World Series! We catch up with Dodgers manager Dave Roberts, as well as third baseman Justin Turner, first baseman Edwin Rios, left fielder Matt Beaty, and even a couple Nationals players like pitcher Javy Guerra and left fielder Juan Soto, to get their thoughts on the matchup, plus the L.A. fellas comment on how the team this year is different, who their biggest fans are, reminisce on their rookie years, and tell us about their coolest fan encounters!