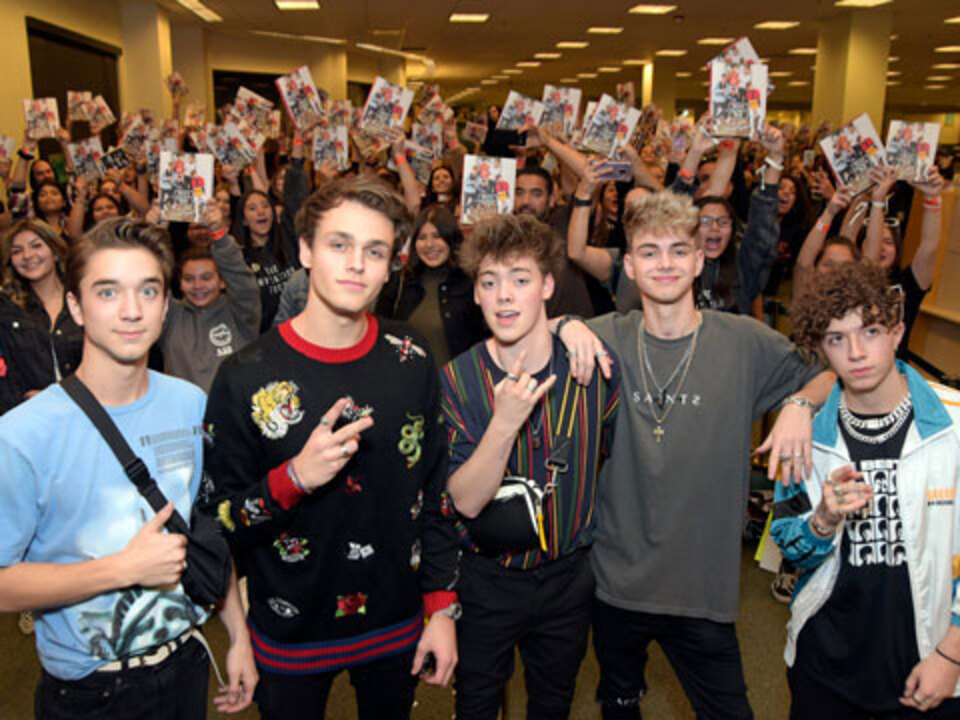 Pop Group Why Don't We Plays What Would WDW Do?

Young Hollywood heads to Barnes & Noble where pop group Why Don't We is greeting fans and signing copies of their book 'In the Limelight'! Jonah, Corbyn, Daniel, Jack, and Zach discuss their hit song "8 Letters" and tell us which one would be most likely to say them, plus they reveal the cool connection to The Beatles in the cover of their book and play a little game of "What Would Why Don't We Do?" to hear their thoughts on common dating dilemmas!