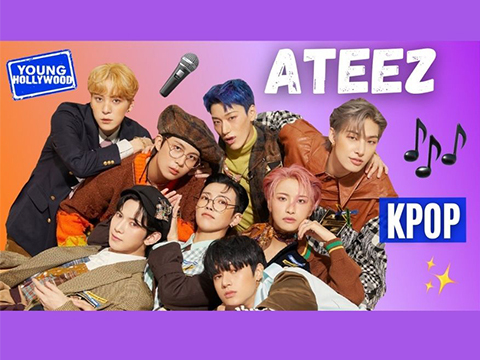 When we first met the boys of K-Pop group ATEEZ, they were still considered rookies despite their already impressive discography and success! Now, three years, three studio albums, one single album, six EPs, two tours, and a slew of singles later, we catch up with Yeo Sang, San, Min Gi, Yun Ho, Seong Hwa, Hong Joong, Woo Young, and Jong Ho once more during their stop in Los Angeles for the U.S. leg of their 'The Fellowship: Beginning of the End' tour! They reveal to us their favorite things about L.A. (and share their opinion on Korean food in the city) and how they feel about playing the famed Forum, plus they give us their reaction to being featured in Forbes magazine, tell us their tour must-haves, and reveal who takes the most selfies!