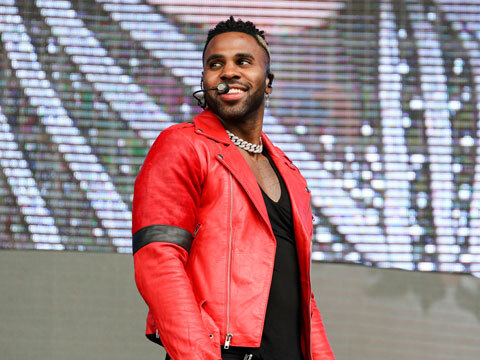 Young Hollywood has been following Jason Derulo since Day One, since the filming of his "Whatcha Say" music video a decade ago, and all these years later he is still the same exciting artist tearing up the music scene! We catch up with him at The Argyle in Los Angeles where he is reflecting on ten years of success and stardom in the music industry and celebrating his latest EP, '2Sides'! He shares with us his favorite memories and music videos over the course of his career, including a little mishap while shooting his "Swalla" video, plus he explains the meaning behind one of his newest bops off his latest record, "Talk with Your Body", and spills all the tea on THAT thirst trap pic on his IG!