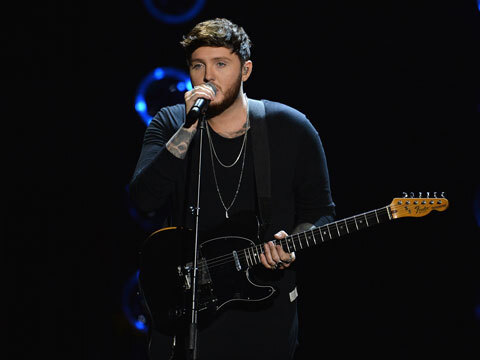 James Arthur Takes Us Behind the Scenes of His You Tour

Ever since he first graced the stage on Series 9 of "The X Factor" -- and subsequently won the whole thing -- James Arthur has crooned his way into our hearts with his soulful tunes and authenticity, making him the most successful "X Factor" champion to date! Now he's back with a new batch of songs to fall in love with (and perhaps fall in love TO) with his third studio album, 'You', and he's giving fans an intimate sneak peek of the album on his 'You: Up Close and Personal Tour'! Young Hollywood catches up with him during his stop in L.A. to play the famous Troubadour, where he gives us an exclusive sneak peek at what goes on as he preps for his show! Find out what items are included on his rider, plus meet his band and discover what boy band tunes he loves to warm up with before hitting the stage!