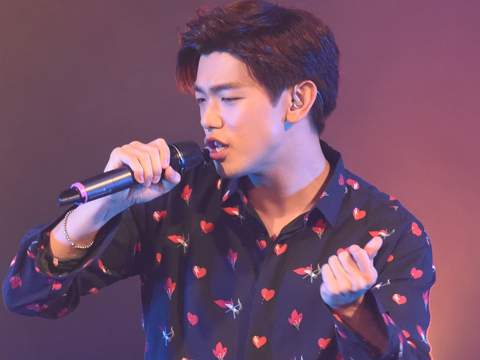 How K-Pop's Eric Nam Forced Himself to Learn Korean

Young Hollywood heads to the Fonda Theatre in Los Angeles where K-Pop sensation Eric Nam is kicking off his first North American tour! He sits down with us before his gig to tell us about his humble YouTube origins that took him to Korean television and now pop stardom, plus the Atlanta-born singer reveals how he learned to speak Korean so quick and discusses his song with Timbaland, "Body"!