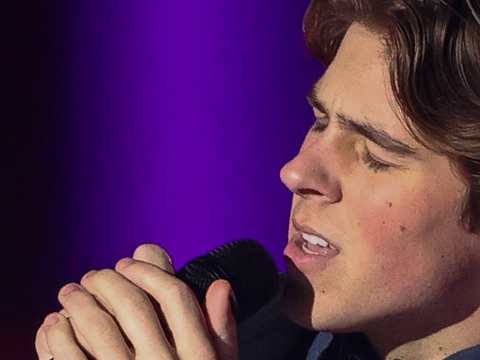 If you're looking for some bonafideSoCal vibes in your musical rotation, look no further than Newport Beach native Gunnar Gehl! This beachy-keen teen dream has been making any time of the year feel like summer since his debut single "Ocean Blue", and he is certainly not gonna let something like a quarantine stop him from releasing new bops! Young Hollywood catches up with the singer-songwriter via Zoom where he's just dropped his latest song "For Your Love" and tells us all about the inspiration behind the swoon-worthy tune! He also spills the tea on touring with the boy band PRETTYMUCH and recounts a fun fan experience he had during some downtime at a Pacific Northwest mall! Fan interaction in general is super important to him, which is why, he tells us, he prefers engaging with them directly via Zoom than IG Live. Plus, he reveals what artists he would love to collab with and teases another upcoming release!