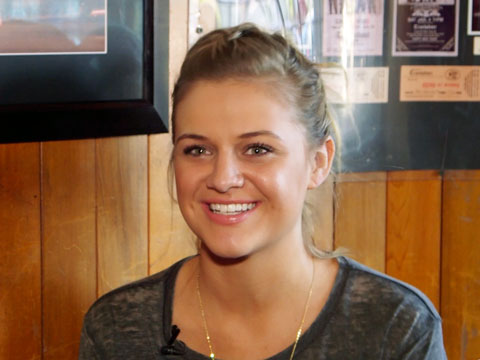 YH hangs out with rising country star Kelsea Ballerini in Los Angeles ahead of her gig at the Troubadour where we get to know the "Love Me Like You Mean It" singer a little better! She tells us about her debut album 'The First Time', her love for the Jonas Brothers, the inspiration she got from Taylor Swift, the time she met Kelly Clarkson, and her first crush, plus she shares her thoughts on receiving the Billboard Rising Star Award and her dream collabos!