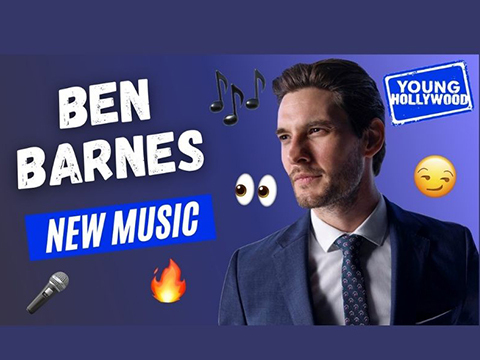 Most of you know Ben Barnes as the dastardly Logan from HBO's "Westworld" or the dastardly General Kirigan from Netflix's "Shadow and Bone", but what you might not know is that Ben Barnes is also (a) extremely charming IRL and (b) a budding singer-songwriter! On the eve of the release of his much-anticipated debut EP, 'Songs For You', Young Hollywood catches up with Ben via Zoom to find out more about this album and in particular the inspiration behind its leading single "11:11"! We also play a game of "This or That" to find out whether he prefers staying in or going out, music or acting, and more, plus we teach him some Gen-Z slang that he can use to impress his younger "Shadow and Bone" co-stars! 'Songs For You' is now available to purchase and stream!