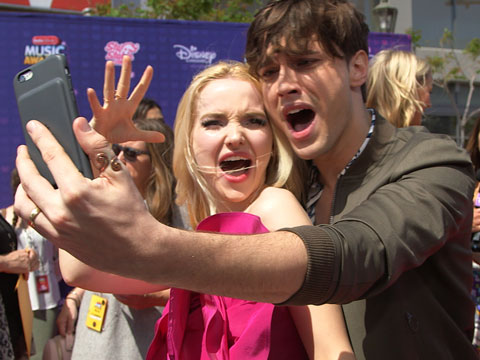 If the Radio Disney Music Awards were handing out a trophy for Cutest Couple, Dove Cameron and Ryan McCartan would win in a landslide! YH catches up with the newly-engaged "Liv and Maddie" co-stars who tell us about their musical collabo, The Girl and the Dreamcatcher, plus they reveal their cute nicknames for each other and record a musical.ly of a DNCE song -- check it out on Young Hollywood's musical.ly account!