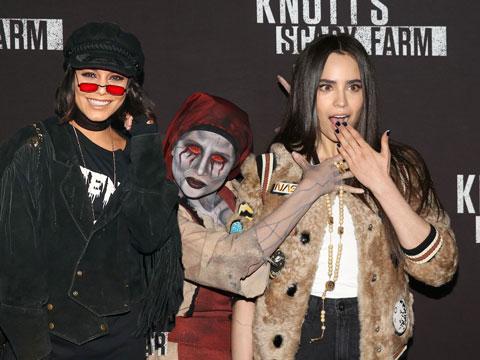 Celebs Reveal Which Films Will Scare You This Halloween

It's that time of year again, and YH is getting into the holiday spirit at Knott's Scary Farm with some of our celebrity friends, including the Queen of Halloween herself, Vanessa Hudgens, as well as Isabela Moner, Sofia Carson, Nolan Gould, Kellan Lutz, Lindsay Arnold, Jordan Fisher, Drake Bell, Travis Barker, Jasmin Savoy Brown, Britt Robertson, Sasha Pieterse, and Gleb Savchenko! Find out their favorite Halloween movies and costume prospects!