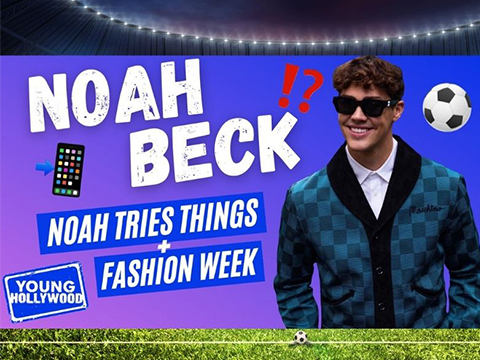 If you've ever even casually brushed up against TikTok before, you definitely know the name Noah Beck. One of, if not the, most famous people on the app, Noah has managed to rack up an incredible 30 million followes (and counting), and he shows no signs of slowing down! Young Hollywood catches up with Noah via Zoom, straight from Paris where he's decompressing from Fashion Week, to chat about Season 2 of his AwesomenessTV series "Noah Beck Tries Things"! We ask him what's one thing he would absolutely never try and how quick his roommate Markell Washington and BFF Sway Boy Blake Gray are to agree to appear in his videos, plus he reveals the movie role he would love to create for himself and which soccer superstar he'd love to go up against!