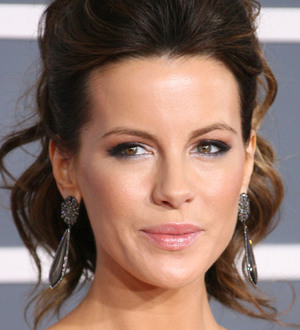 Kate Beckinsale paid tribute to fashion gurus who work behind the scenes on movies as she accepted a top honour at the 14th annual Costume Designers Guild Awards in Los Angeles on Tuesday (21Feb12).

Beckinsale landed the prestigious Lacoste Spotlight Award for her style choices, but was modest about her win as she accepted her accolade at The Beverly Hilton hotel.

She told the crowd, "Thank you so very much. I'm so honoured and thrilled to be receiving this award. To me, this is an award for being lucky. I'm getting an award tonight for having worked with the best of the best (costume designers)."

Other winners at the ceremony included The Girl With the Dragon Tattoo (Excellence in Contemporary Film), Madonna's royal drama W.E. (Excellence in Period Film), and Harry Potter and the Deathly Hallows: Part 2 (Excellence in Fantasy Film).

Awards were also handed out to the costume designers working on shows including Glee, Boardwalk Empire and Downton Abbey.

Biggest Reveals & Trailer Drops From Comic-Con '22!
Why “RuPaul’s Drag Race All Stars, All Winners” Is the Best All-Stars Season Yet!

Why “RuPaul’s Drag Race All Stars, All Winners” Is the Best All-Stars Season Yet!
Rookies & First-Timers Dominate the 2022 Emmy Award Nominations!

The 12 Most Hype-Worthy Things From The New "Stranger Things" Season 4 Trailer!