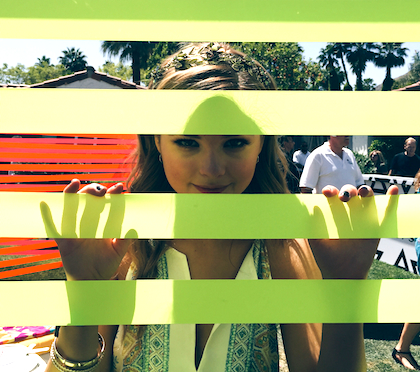 On our early Friday morning drive down to Palm Springs, I found myself buzzing with excitement! With my love for music and art, I was so ready for my first Coachella adventure and to take Young Hollywood with me. My schedule has been hectic with promotion for the upcoming releases of Insidious: Chapter 3 and Jem and The Holograms, so my heart couldn't wait to take a few days to slow down and experience the good vibes, hot nights, and feel the music everywhere I went. 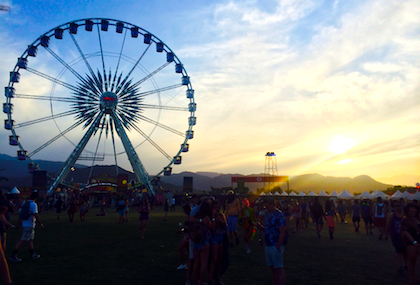 Night One had me in awe: watching one of my favorite artists, Alabama Shakes, while the sun set and then getting to see none other than AC/DC live. Straight from there, I hung out with Nylon Magazine at their Midnight Garden Party.

Saturday morning, I hung out pool-side with PopSugar & CFDA and checked out festival fashion with People StyleWatch. Here's a photo getting a touch-up with my close friend and makeup artist, Tonya Brewer: 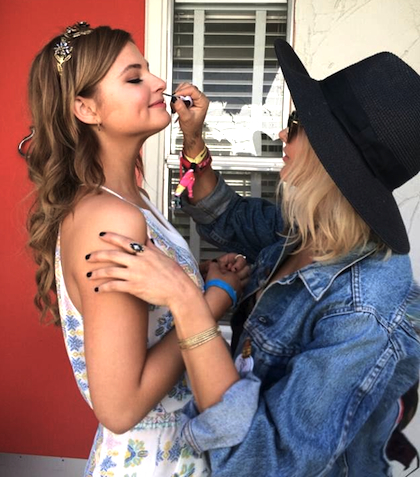 Soon after we headed into the festival, I found myself stuck in the middle of a jumping rave in the Sahara Tent and then in a trance watching the majestic FKA Twigs.  Finishing off the night with Jack White and The Weeknd, I'd say it was a pretty enchanting two days. 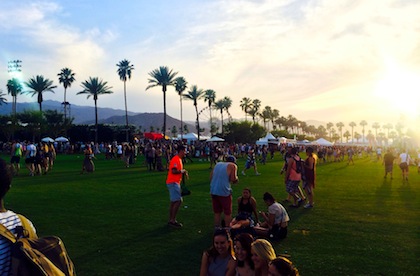 Around 3am, we drove back to L.A. to get a couple of hours of sleep before the MTV Movie Awards on Sunday. Reminiscing on the last 48 hours, I remember Jack White repeating "Music. Is. Sacred" and I second that. It brings all sorts of people together in the most beautiful way. Man, I'm going to miss that cotton candy sunset and those vegan food trucks... Until next year! Thanks for coming along! 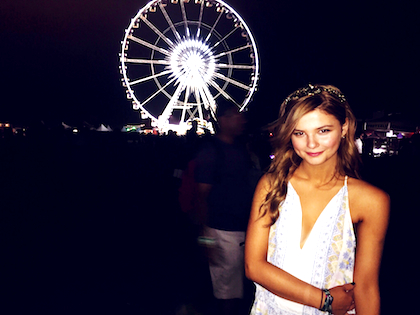 Stefanie Scott will next be seen on-screen in Insidious: Chapter 3 on June 5 and will portray Kimber Benton, the lead keyboardist, in Jon Chu’s Jem and the Holograms musical fantasy to be released nationwide by Universal Pictures on October 23.