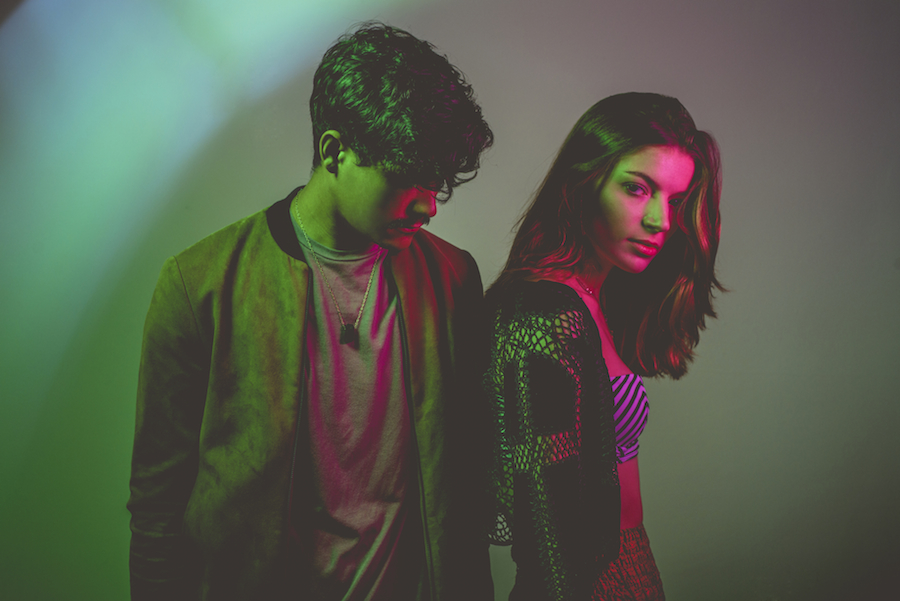 Brandyn Burnette and Molly Moore have stepped onto the music scene as Cosmos & Creature, and they’ve got a lyric video for their hit song “Young” that will make you feel nostalgic and current at the same time. Check out the EXCLUSIVE premiere here on YH below!

The video opens up with the happy pair on an airplane and becomes a fast-forwarded montage of their lives together, moving from destination to destination, whether it be in flight, on a train, or metro, capturing all the light-hearted moments in between with their friends. Molly says of the creation of the video, “When we created 'Young' in New York, we also managed to capture the trip on our GoPro. We compiled this footage to give people a taste of who we are and what it was like to create the song.” Brandyn adds, “The video captures our journey to New York to make the record. We wanted to give a real time look into what it's like for us on a day-to-day basis. It's a look into the lives of Cosmos & Creature.”

The video paired with the lyrics gives a youthful feel, and in no time at all you’ll unknowingly start bopping your head and catching onto the words, such as, “Once when we were young / Didn't care at all” and “Now we're on the run from what we've become / Wish I could go back, back when we were young”, which are all too relatable and evoke a sense of longing for the past. You can’t help but want to return back to a moment in your life when things were pure and a little too good. But the electronic pop melodies and EDM beat are what make the song relevant, and dangerously catchy.

This Los Angeles-based pop duo has already dipped in their toes into the music industry separately, prior to the creation of this band. Burnette has written incredible songs that have topped the charts, including a single for artist Jake Miller. Moore, meanwhile, has written with stars such as Lea Michele as well as making a name for herself as a solo artist with a dedicated fan base.

As Cosmos & Creature, they prove that two heads are better than one, having been featured on Billboard, Pigeons and Planes, and Live Nation’s Ones to Watch. They’ve also been streamed on Spotify over 8 million times! As their fan base as a group has been growing steadily, it’s no doubt that Cosmos & Creatures will become one of the pop/electronic acts of the year.

Be sure to keep up with Cosmos & Creature on Twitter!