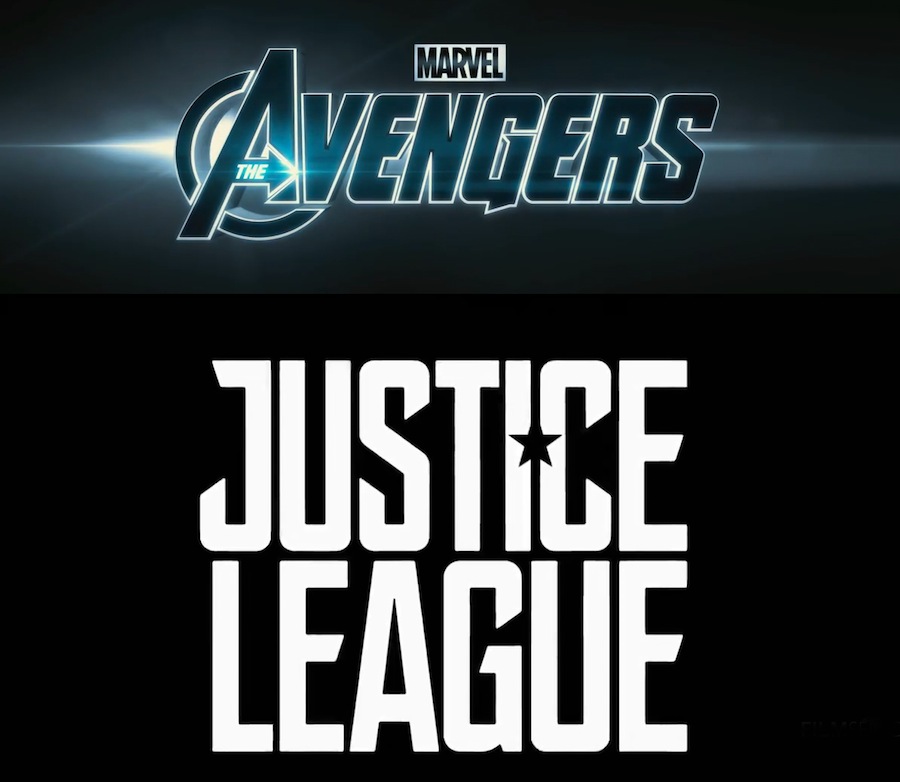 You may not have noticed, but the battle of the superheroes has already begun -- and I’m not just talking about Batman against Superman. Marvel Studios and DC Entertainment have been matching up their most iconic comic book champions on the big screen for the past several years. In fact, the two companies have been publishing their respective comics for almost 80 years now -- Stan Lee & Marvel released the first issue of Fantastic Four in 1961, while Jerry Siegel &Joe Shuster at DC launched Action Comicsin 1938, showcasing none other than the Man of Steel himself.

Nearly a century later, we’ve seen the evolution of the two companies while translating their characters to various forms of media, most notably the film industry. One question that seems to always surface among the biggest fans of comics is, which of the two is the better contender?

Let’s break it down into separate areas for comparison and you can decide once and for all who will come out on top!

This may be the root of the battle -- after all, when it comes to movies, the way we react and relate to characters is just as important as the plot.

Marvel has been praised for its effective character development. Just by looking at Captain America: Civil War, we can see how Marvel has mastered the way their characters interact and behave with one another. Without giving away too much of the film, Tony Stark and Steve Rogers start off as obvious allies, but certain actions and decisions begin to turn them against one another, and it’s done so in such an effective way. It’s almost as if the audience has trouble deciding which side to take, because their arguments both contain valid points. The other Avengers are then forced to take sides with either Iron Man or Captain America as well, thus leading to an intense battle among the heroes of Marvel.

DC, on the other hand, has gotten mixed reviews about their character development. Take Batman v Superman: Dawn of Justice as an example -- If you’re familiar with the plot of Man of Steel, the events of Superman “saving” Metropolis while causing destruction to the city is the very reason why Batman begins to quarrel with him. It’s very clear why Batman is angry with Superman, but Superman seems to have no reason to fight the vigilante. The tension between the two feels very rushed and at times even unjustified. Although it’s fun to see how Batman finds a way to match up against a god, audiences felt a little dissatisfied with the way it comes to be and even how it is resolved.

Going off of what was discussed as far as character development, it’s important to also realize the difference in heroes that each company has developed.

Marvel’s universe contains more grounded superheroes -- the characters are more relatable. Spider-Man, one of the younger heroes of Marvel, is a high school kid. In all of the Spider-Man films, audiences were able relate to the issues that Peter Parker faced on a day to day basis: bullying, studying, and relationships (all while secretly being a superhero).

DC’s universe contains more fantasy and sci-fi-related heroes. Superman is an alien from the planet Krypton -- if that doesn't already sound like a sci-fi film, then I must have my genres mixed up. Superman and much of the other DC heroes have incredible strength and power that simply sets them apart from humans, even more so than superheroes. This is not a bad thing, it just means that the heroes within DC are a much different breed to that of Marvel.

Nowadays, it’s difficult to keep everyone happy, especially when dealing with certain IP (intellectual property). Of course, people will argue whether or not these films are sticking to their roots.

Marvel films are often favored by critics simply because they make great films, but if we look at it from a fan’s perspective, will we hear the same praise? Fans often criticize Marvel for straying away from the origins of the comics simply to make the film work in their favor. Can we blame them? No, perhaps not, but it wouldn't hurt to dial back on the arbitrary jokes simply to appeal to a more base audience.

DC is on the other end of the spectrum. The characters and stories are much darker, calling for much less humor. They can’t really help it, can they? After all, Batman being an orphan and Superman losing his entire world (literally) is some pretty dark stuff. Ultimately, film critics criticize the lack of relief while fans enjoy DC’s accuracy. Sometimes you need to sacrifice the fundamentals of filmmaking for accuracy, but it’s all about the balance.

It’s not always about the money, but in order for film companies to continue making their films, the success at the box office often dictates whether or not sequels ever see the light of day.

Marvel currently has 3 films in the top 50 highest-grossing films of all time -- The Avengers, Age of Ultron, and Iron Man 3 each earned well over $1 billion. Captain America has also earned roughly the same amount, as it’s still the highest-grossing film of this year.

DC also has 3 films within the same list, averaging just below $1 billion combined -- The Dark Knight, The Dark Knight Rises, and Batman v Superman hold spots for DC.BvS's opening weekend alone set a new record for the best Warner Bros. opening of all time, racking in around $170 opening weekend.

What do you think? We can’t exactly put Iron Man and Batman in the same arena, but we can take sides as far as the two leading comic book companies in the nation. One thing’s for sure, it’s an ongoing battle that will keep loyal fans buzzing. Marvel’s latest film,Doctor Strange, hits theaters this November while DC will be releasing Wonder Woman in 2017. Let the battle continue!