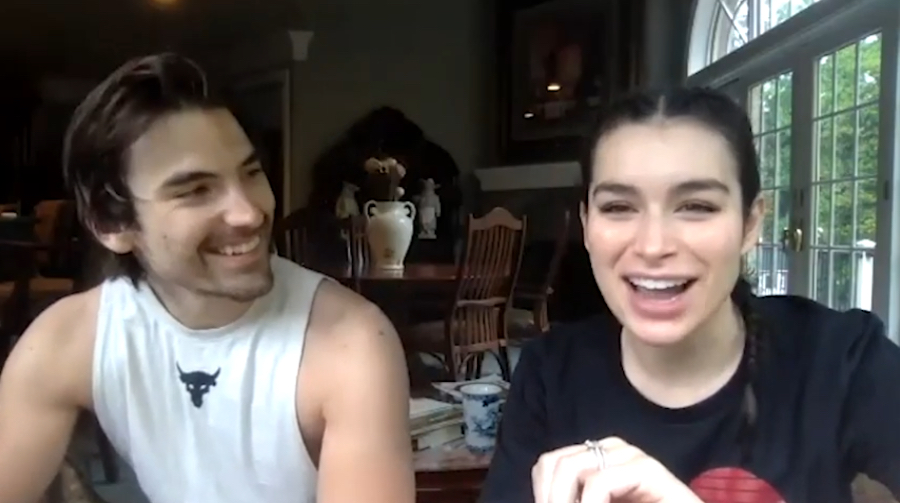 Bachelor Nation, this one’s for you!

For as long as the "Bachelor" franchise has graced our television screens, truly lasting love is a surprisingly rare thing to come out of the series or any of its many spinoffs, but when "The Bachelor" and "The Bachelorette" alums Ashley Iaconetti and Jared Haibon met during "Bachelor in Paradise", all bets were off, and they became a match made in TV Dating Heaven! They have officially cemented themselves as #RelationshipGoals, not just in the context of the TV franchise but just in general.

Even now, while in quarantine in Ashley's childhood home, under the watchful eye of her mother, the twosome still make time for date nights. Like, seriously, how can you not swoon?!

Young Hollywood caught up with the now-married couple via Zoom where to get the scoop on how they have been spending their time during isolation and sought their advice for folks who are still trying to keep their dating lives active while social distancing. To Facetime or not to Facetime, that is the question! They also revealed what other celebrity coup they would love to double-date with!

We also inquired about Ashley & Jared’s awesome giveaway campaign to benefit the Ronald McDonald House, where a lucky winner and their boo will get whisked away to the Bachelor Mansion (plus a romantic dinner at the Mansion owner’s restaurant) for all the Insta-worthy moments they can get! All you have to do to enter is donate $10 or more, but the campaign ends Monday (May 18), so HURRY!

Check out our full chat with the lovely couple below!