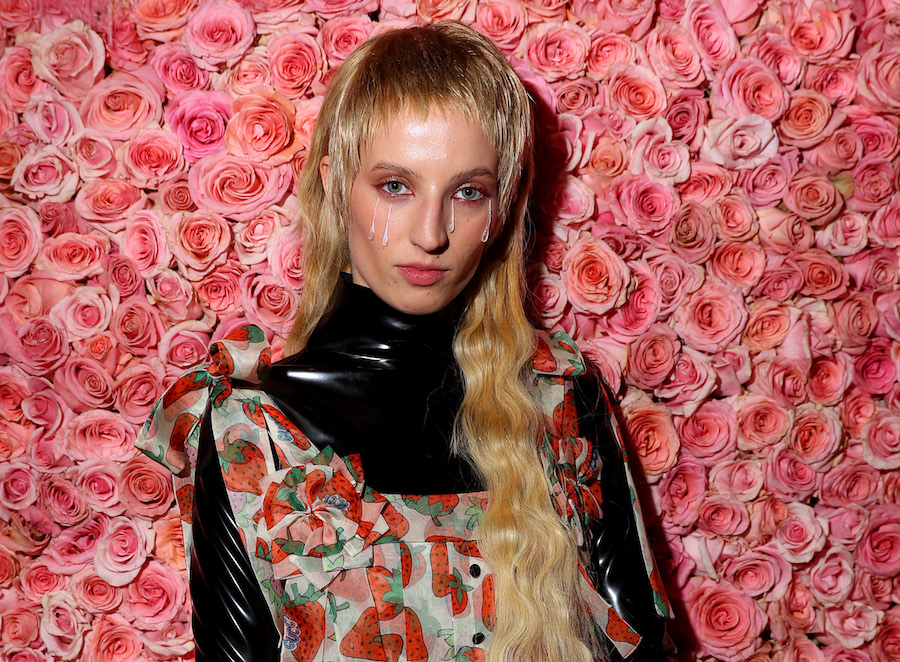 If you happen to come across a photoshoot or a music video with an avant-garde vibe and a dreamy feminine aesthetic, Petra Collins is likely behind it. With her authentic vision, the Canadian photographer/artist/director has already accomplished so much by the age of 24, and she is not stopping anytime soon. Collins moved to New York with only a suitcase and $500 at the beginning of her career, and look at her now! She has shot campaigns for Gucci and Adidas, shot covers for Wonderland and Rolling Stone magazines, directed music videos for some of the most prominent artists in the music industry — most recently Olivia Rodrigo's "good 4 u" — and the list goes on!

Collins never goes for the expected in her art, and she is remarkable when it comes to adding her artistic spark to every single project that she's a part of. The pastel colors, floral print dresses, surreal vibes, the perfectly constructed female gaze, and the thrilling aesthetic she creates in each frame are the signature elements of Collins's unique vision.

We want to celebrate some of the most iconic projects of Petra Collins and pay tribute to her as one of the most influential female artists of our time!

If you were also surprised after watching Selena Gomez's music video for her single "Fetish" simply because of how absurd and perfectly unexpected it was, you were onto something. The iconic music video where Selena Gomez eats a soap bar and squeezes her tongue with an eyelash curler is directed by none other than Petra Collins. The music video feels private, oddly specific, and surreal because Collins is fascinatingly unafraid to allow a sneak peek into the intimate and unfiltered world of a female through the lens of another female.

This art house-style short film directed by Collins and starring Selena Gomez has an eerie feeling that Collins is a master at conveying. Gomez is seen in a bathtub filled with blue water in one of the scenes, holding and staring creepily at a mask in the shape of her lover's face. In another scene, Gomez eats an eyeball and stares right into the lens to further add to the short film's uneasy thrill. Once again, with beautiful cinematography, Collins has created a mysterious and private moment of a female that feels disturbing and vulnerable at the same time.

With a collaboration with Ssense, Collins has launched her own fashion line, I'm Sorry, transforming her artistic vision into fashion as the line's creative director. The desired concept for the designs was "poster-plastered walls of a teenage bedroom or a mid-2000s Myspace page." Collins worked on creating a line that celebrates femininity with a girly aesthetic as a feminist who is always paying tribute to the female desires and the female gaze in her works. From tracksuits reminiscing the early-2000s to the edgy, pop/punk-inspired sets, I'm Sorry perfectly reflects Collins's photography onto the fashion collection.

The only thing missing from Collins' list of accomplishments was directing a feature, and now she can cross that off her list as well! It was recently announced that the visionary artist is working on her psycho-thriller directorial debut for a movie called Spiral that she co-wrote with Melissa Broder. Spiral tells the story of an influencer whose social media addiction causes her body to literally fall apart. The project already has Drake on board as the executive producer and Selena Gomez as the lead.