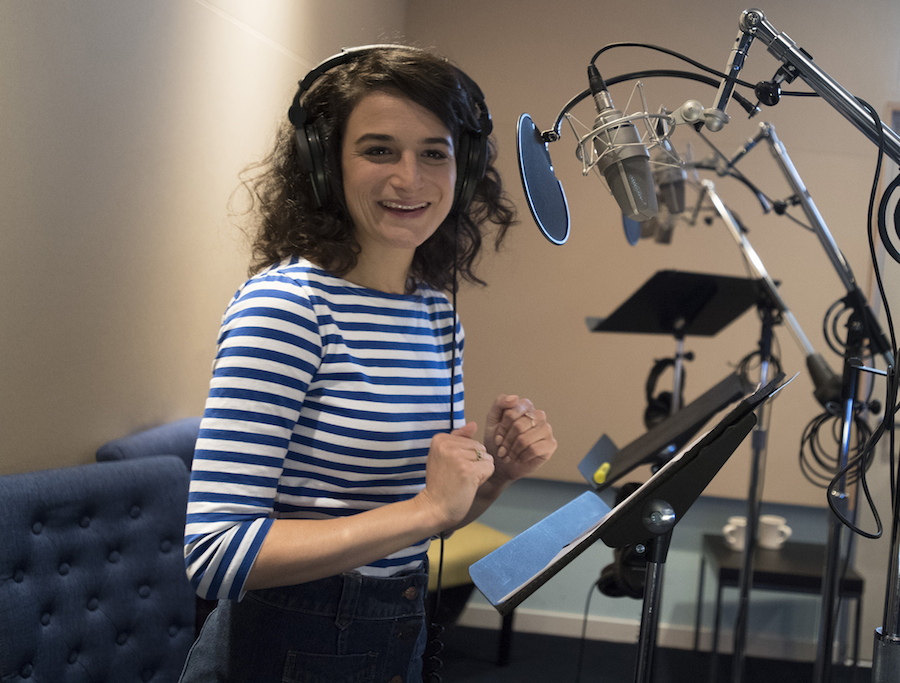 Jenny Slate’s life is looking pretty great at the moment, and we couldn’t be happier for her! For starters, she just announced her engagement to Ben Shattuck, who works as an artist and art curator.

He took me to France and made a picnic and made me feel happy and free and then he asked me to marry him and i screamed YES. I love you @benshattuck_art, you are the kindest and brightest and I am so grateful and here we go and keep going â¤ï¸?â¤ï¸

Alongside her happy personal life, Jenny Slate’s already successful career has a lot on the horizon! She has a nonfiction book coming out November 5 called Little Weirds, and she’s taking on her first stand-up special, entitled “Jenny Slate: Stage Fright”, coming out on Netflix on October 22.

In case you don’t know much about Slate, she’s an actress, comedian, and writer. Most people know her for playing Mona-Lisa Saperstein on “Parks and Recreation”, but she was also an SNL cast member, starred in the films Obvious Child andGifted, and voiced plenty of roles in animation. You'll probably recognize her voice as Bellwether in Zootopia, Tammy on "Bob's Burgers", Gidget in The Secret Life of Pets, and Missy Foreman-Greenwald on Netflix’s “Big Mouth”!

Beyond that, Jenny Slate is a truly amazing woman. She’s hilarious (you should really follow her on Twitter!) and also super multi-talented. She co-wrote the viral stop-motion short, “Marcel the Shell with Shoes On”, which won the Grand Jury Prize at Sundance in 2010, then became a series of popular children’s books. Slate also co-wrote a nonfiction book with her father called About The House, which came out in 2016, about their life in her childhood home in Massachusetts.

One of the biggest reasons we love Jenny is how honest and outspoken she is about all parts of her life, as well as her feminist and liberal beliefs. Using her celebrity for good, she continually speaks out against abortion bans, restrictions to healthcare, and similar issues, and occasionally uses her social media to highlight new and unique artists.

While Jenny Slate’s always been a talented creator, she has steadily proven herself as a great role model, and we hope her career continues to flourish. Look out for her first stand-up special, “Jenny Slate: Stage Fright”, out next month on Netflix, and her book, Little Weirds, out in November!