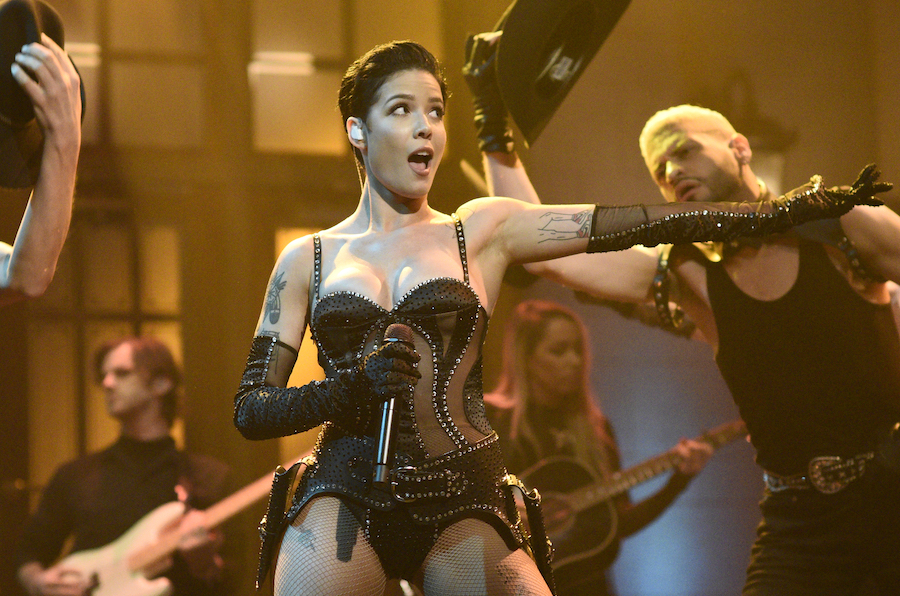 For years, women in music have been inspiring us with their creative lyricism, impeccable production, and perfectly curated performances. One name that always springs to mind when the topic of pop music magic is brought up is Halsey. Halsey has been a trailblazer within the music industry for quite some time now. It all started in 2014 when Halsey, aka Ashley Frangipane, started posting singing videos and covers to her YouTube and SoundCloud. The rest, as they say, is history.

After gaining a significant amount of recognition on her SoundCloud, the New Jersey-born singer-songwriter ended up signing to Astralwerks and then eventually with Capitol Records as well. After opening up for Imagine Dragons on tour and releasing singles and EPs, she finally released her highly-anticipated debut studio album, Badlands. From this album we got mega-hits like “New Americana” and “Ghost”, plus much more.

Following the success of Badlands, Halsey continued writing and performing all over the world. She released the single “Closer” in collaboration with The Chainsmokers which immediately flew to the top of the Billboard charts. Two more studio albums were released in the following years, Hopeless Fountain Kingdom and Manic, each one bigger than the previous endeavor, and Halsey continues to make pop brilliance.

With each new project, Halsey’s music continues to get more honest and vulnerable. She has always been super open about her own mental health and diagnosis of Bipolar Disorder, which she learned about in high school. Her aim with her fans is to speak freely about mental health and create work that opens up conversations that will hopefully help others. She’s been an amazing voice not just for other women in the industry but each and every one of her fans.

Halsey has just announced her fourth studio album, If I Can’t Have Love, I Want Power, which will also feature the award-winning producing talents of Trent Reznor and Atticus Ross (Soul, The Social Network). In the last 7 years that Halsey has been working as an artist, we have seen her continuously climb the charts with hit song after hit song. This only leads us to believe that this new album will be INCREDIBLE of course! We cannot wait to hear it all!

If I Can’t Have Love, I Want Power

The FOURTH album by Halsey

How excited are you for Halsey’s new album release?