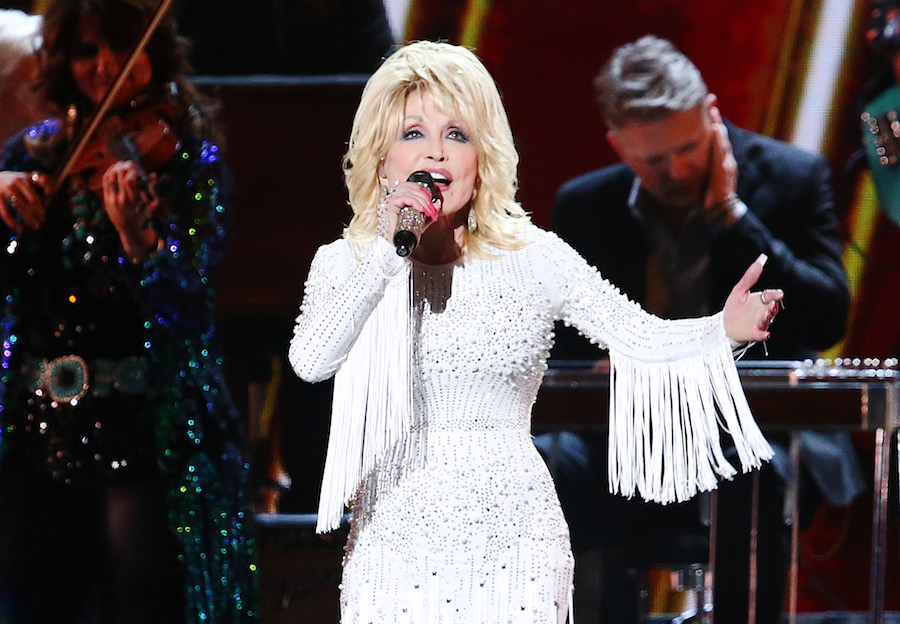 We want to take a hot second to appreciate the absolute legend, country music star, entrepreneurial QUEEN, and overall genius Dolly Parton. Never heard of her? Absolutely ludicrous. We here at Young Hollywood are gonna educate you today -- after all, "It's not about age, it's about attitude!" So strap in for some Dolly Parton appreciation.

Parton originally achieved success as a songwriter, recording her first albums in the 1960s and continuing to make music until she BLESSED US with the iconic hits “I Will Always Love You” (yes, the Whitney Houston song -- Dolly wrote it in a DAY), “Jolene”, and “9 To 5”, which was included in the amazing film of the same name that she also co-starred in.

Her acting career continued with films like Steel Magnolias andThe Best Little Whorehouse In Texas, but Parton’s true love is music. She has an amazing Netflix series titled “Heartstrings” and has starred in the rom-comDumplin with Jennifer Aniston. Her theme song for the film, "Girl in the Movies", was nominated for a Golden Globe last year.

Parton is also a philanthropist and entrepreneur. She has dedicated much of her earnings to put back into her home state, Tennessee. Her company opened Dollywood, a theme park, and she has made many charitable efforts through The Dollywood Foundation. One of her most amazing efforts is The Imagination Library, a literacy program that mails one book per month to every enrolled child from birth to kindergarten.

Dolly Parton is one of the most loved country music stars of all time and a beacon of kindness and love. Her songs have been featured in nearly 600 movies and television shows over the past 6 decades, and she even has her own Netflix series, "Dolly Parton's Heartstrings", where her songs are turned into individual short films.

Now, she’s blessing us in quarantine with a new bop! She just released a music video for her 2003 single “I’m Gone” off the album Halos and Horns.

Have a helping of this tripped-out green screen experience and take some of Parton’s wisdom to heart: “If you want the rainbow, you’ve got to put up with a little bit of rain”.

We love you, Dolly!