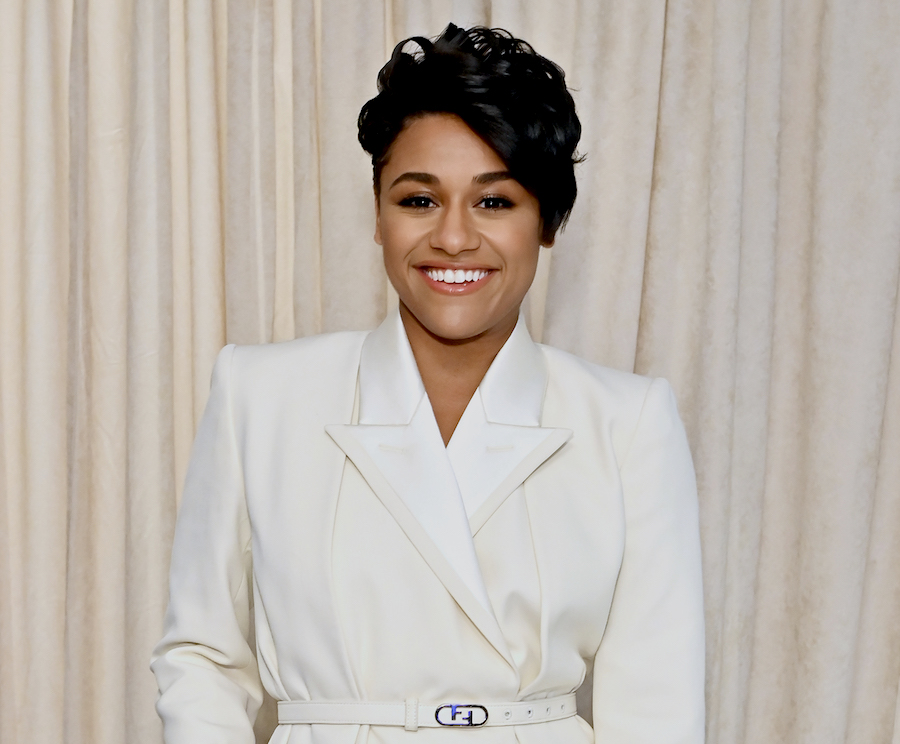 Ariana DeBose hosted "SNL" last weekend, bringing a triple-threat performance and a natural, lighthearted ease that only the best of hosts possess. Audiences everywhere had one question on their minds as the episode ended: Where can I find more of her!?

DeBose is a trained dancer, singer, and stage actress, finding her fame mostly rooted in unforgettable theatrical performances. With the recent demand for movie musicals, she has starred as Alyssa Greene in Netflix’s The Prom, Emma in the Apple TV+ series "Schmigadoon!", and appears in the filmed stage productions of Company and Hamilton. Perhaps her most notable role to date, however, is Anita in Steven Spielberg’s West Side Story revival, which has earned her several illustrious awards, including a Golden Globe for Best Supporting Actress in a Motion Picture and a very likely Oscar nod!

Ariana made her Broadway debut in the spunky musical Bring It On as one-third of a popular high school dance crew after traveling across the nation on the performance’s tour, and she continued her time on the Great White Way as Mary Wilson in Motown on Broadway. She then became a notable player in the Broadway musical Pippin but soon left to originate her role in the original Broadway cast of Hamilton.

Being the first to perform Hamilton is no small feat, but DeBose also played the “Secret Character”, or the linchpin performer -- she was The Bullet, generally portrayed by a skilled dancer and performer. The actor imitates the bullet that ultimately kills Alexander Hamilton and his son, Phillip, and Ariana DeBose performs this role (available to watch on the Disney+) with an abundance of skill and grace that is so necessary to the production at hand; so much of Hamilton is a literal whirlwind of activity, an unstoppable tirade of history-making and not-throwing-away-your-shot, and DeBose commands the single second of true pause. The audience holds its breath as she travels across the stage, steady and sure, owning her own moment of history.

After DeBose played Donna in Summer: The Donna Summer Musical (and earned a Tony Award nomination for her performance!), she went on to star as the closeted cheerleader Alyssa Greene in Ryan Murphy’s shiny, star-studded film adaptation of the Broadway musical The Prom. She then appeared as Emma Tate in the musical parody piece "Schmigadoon!", an Apple TV production about a modern-day couple that gets trapped in a never-ending 1940s musical. DeBose emulated Tate, Schmigadoon’s proper schoolteacher, after Marian Paroo from the classical favorite The Music Man.

There is no denying that her most electrifying role has been Anita in Spielberg’s newest West Side Story, starring other Broadway veterans such as Mike Faist, Brian d’Arcy James, and Ben Tyler Cook. Ariana plays the hopeful Anita with such a reverent fervor, like every second on the screen could be her last, and it is difficult to keep your eyes off of her. DeBose pours every last ounce of talent into her role and it has certainly paid off; the world now demands to see more of her performance with each passing second, and one can imagine that she will only happily comply.

DeBose is far from finished -- in fact, she has only begun. She is slated to appear in the new spy thriller Argylle, a gritty tale of revenge and new life, and will star as Dr. Kira Foster in the science fiction film I.S.S. She has an unmatchable energy that will take her to incredible places and a talent that simply cannot be beat. We sincerely hope that DeBose will find her way back to the Broadway stage and onto our television screens in the very near future!