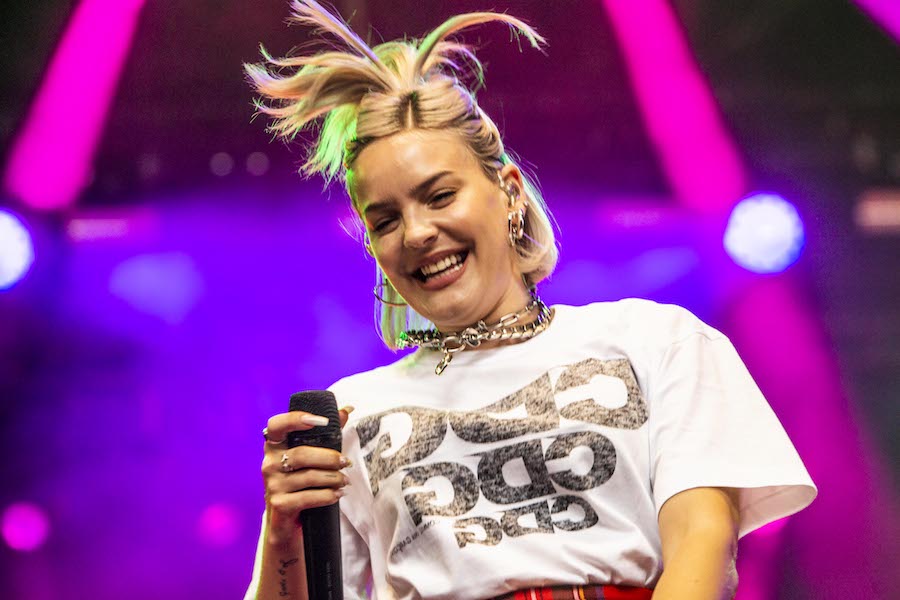 Time for some Therapy, everyone! Singer/songwriter Anne-Marie shot to fame in 2016 but since then has been dealing with the hardships of fame and anxiety. A recent interview Anne-Marie gave shed some light on her own mental health during the pandemic, and how it gave her the courage to rebuild her new album, Therapy, which is out now! With more and more artists talking openly about mental health in the industry, Anne-Marie's honesty about therapy is a breath of fresh air for fans and other artists alike.

You might know her from her hit "2002", which she co-wrote alongside none other than Ed Sheeran. But Anne-Marie has been quite busy since then. The British singer spent her time in quarantine getting down to business – both on the music side of things, as well as personally. Anne-Marie recently opened up in an interview with Euphoria Magazine about just how much her own journey with therapy helped her write her sophomore album. She said, “Seeing a therapist helped me learn about myself, learn to love myself, and to know what I deserve.” It’s these types of amazing self-discoveries that you can hear embedded into every track on the album!

My cover for @euphoriazine is LIVE NOW ??☀️?✨??? ?‍♀️✨ honestly blows my mind that is me!! Thank you for having me I had so much fun!! I CAN'T BELIEVE #THERAPY IS OUT AT MIDNIGHT TONIGHT WHAAAAT!!!! I've been waiting for this day for so long ?? I'M SO EXCITED ✨✨✨✨✨ pic.twitter.com/cJKtdSvatM

Anne-Marie is no stranger to amazing collabs! On Therapy, the pop-star can be heard singing with Niall Horan, Little Mix, Rudimental, and more. "Our Song"’ feat. Niall Horan became an instant hit this Summer, and the song will be showcased during Anne-Marie’s live global streaming music experience of the album on August 7th, which fans can grab tickets to here!

#THERAPY The Live Experience ???✨☀️? So excited to announce on August 7th I'll be doing a VERY special performance of my new album THERAPY for you all!!!!! I. CAN'T. WAIT. It's gonna be so much fun ✨✨✨✨✨ Early bird tickets are available here: https://t.co/CB3TRRGe9tpic.twitter.com/EUUNusxUhv

As if being an international pop star wasn’t enough, Anne-Marie is also releasing a book in the fall! The book talks about self-care, balancing work and your personal life, and so much more. Feeling deeply inspired by attending therapy herself, Anne-Marie set out to write this book in the hopes that she could help her fans that were battling everyday struggles just like she was.

We admire Anne-Marie’s newfound confidence and her vulnerability within this album and beyond. And to make things even more exciting, Anne-Marie is going on tour. We told you she was a very busy woman! We cannot wait to hear all of the amazing songs from Therapy live and in action!

UK & IRELAND! I'M GOING ON TOUR!!!! SO EXCITED to see all your faces in real life again ✨✨✨✨
Pre-order the album or register on my store before 3PM BST on Mon 31st May for early access to tickets! General sale starts at 10am on June 4th ????? https://t.co/YFe76Da72ipic.twitter.com/ginAZhLmJv

What is your favorite new Anne-Marie song?