Why Tiana Is Actually The Best Disney Princess 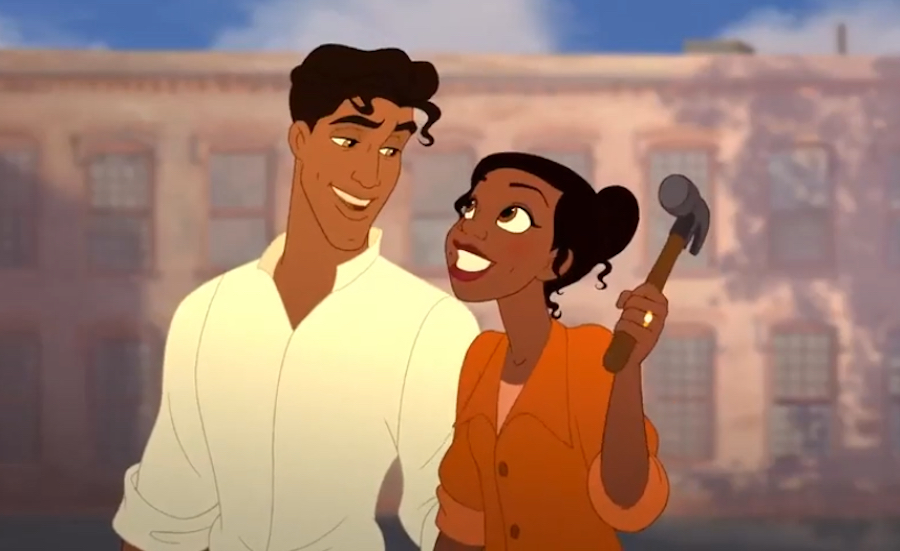 "The only way to get what you want in this world is through hard work."

Somehow, it wasn’t until 2009 that we heard a Disney princess say these words. Although, in fairness, Tiana wasn’t a yet princess when she spoke these words. She was just a girl from New Orleans who had been raised right. But it’s exactly this aspect of her life that makes Tiana the best Disney princess to date.

To their credit, Disney has gotten consistently better at how they portray young women on screen. From Merida to Moana, these modern-day princesses are true heroines. But after 11 years, few have been as real and relatable as Tiana. It’s time she gets her due.

Let’s start with her “I Want” song, shall we? Every Disney princess has what has come to be known as an “I Want” song. It’s the song that establishes the hopes and dreams of our heroine – in Tiana’s case, her dream of opening her own restaurant.

While most Disney princesses sing about wishing and hoping for more, Tiana sings about how close she actually is to achieving her dream. She’s worked two jobs, saving everything to get to where she wants to be. Granted, Tiana’s work ethic comes pretty close to being her fatal flaw too. She struggles to find a work/life balance and loses friends as a result. Fortunately, she meets Prince Naveen.

Though he does end up “saving” Tiana in a sense, she has more of an effect on him than he does on her. And that brings us to the next winning aspect of Tiana – she’s honest and real. Tiana lets Naveen know exactly what she thinks of his lifestyle, and when it comes time for the two to survive, she puts him right to work.

But, by that same token, Tiana doesn’t judge Naveen for his lack of knowledge. She simply teaches him what he needs to know and moves on. Admittedly, it should not be her responsibility to teach him and essentially chaperone him through their journey. He’s grown enough that he should be able to adapt and learn. But out of the goodness of her heart – and probably a bit out of survival instinct – Tiana helps him.

In the process, they develop a deep connection and fall in love. But the best part is Tiana doesn’t NEED Naveen to make her dream come true. She wants him there, and chooses her fate by following her heart. Their relationship becomes one of mutual respect and elevating each other to be the best version of themselves.

In other words, it’s one of Disney’s healthiest relationships ever.

On top of that, Tiana also has one of the healthiest friendships we’ve seen on screens. Her best friend is Charlotte La Bouff, who is undeniably spoiled. But at no point does that sour the friendship between the two women. Tiana never begrudges Charlotte for her circumstances of birth, nor does she try to take advantage of it. By the same token, Charlotte never looks down on Tiana or makes her feel inferior.

When Charlotte offers to pay Tiana for her beignets, she excitedly but graciously accepts.

In short, Tiana is everything a young woman can look up to. She works hard, she’s caring, she knows how to have fun when the time is right, and, most importantly, she advocates for herself against smarmy men like the Fenners. With any luck, The Princess and the Frog will make the list for a live-action adaptation. And in the event that that comes through, please let Anika Noni Rose reprise her role of Tiana. Pretty please!