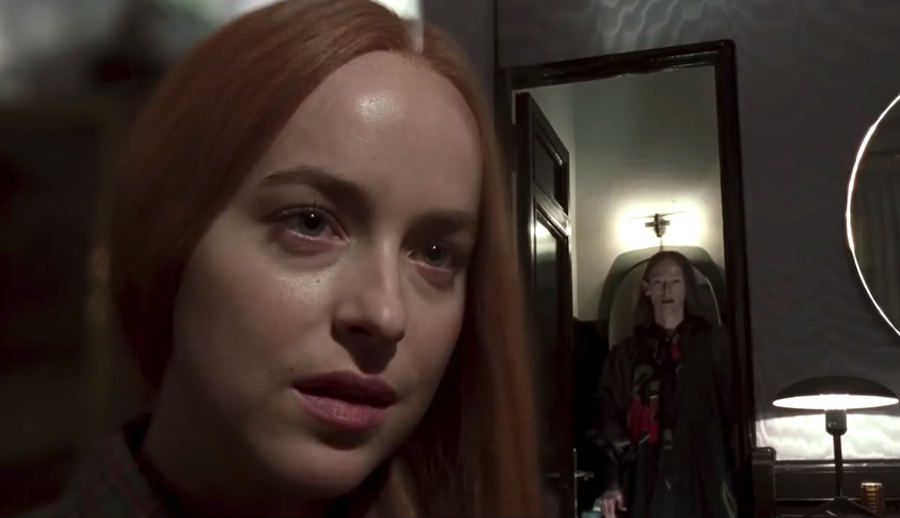 Halloween has come and gone, but that doesn’t mean we have to stop talking about how great 2018 has been for the horror genre. From Hereditary and Halloween to Netflix’s “The Haunting of Hill House” and "The Chilling Adventures of Sabrina", fans have been spoiled by the variety of quality horror content that has come out this year. However, it may be Suspiria that stands above the rest, as the loose remake of the 1977 film masterfully intertwined a haunting narrative with chilling imagery.

Suspiria mainly follows the character of Susie (Dakota Johnson), who travels to Germany to join a world-renowned dance company. Darkness shrouds the dance studio, as the various characters begin to uncover the insidious forces behind the coven operating behind the scenes. The mystery is incredibly compelling, and Susie’s journey from the start to the end of the film is a sinister rollercoaster, one whose ending is hinted at throughout the movie, even from the character’s name.

One actress from the film who must receive praise is Tilda Swinton. Playing three very different characters, she has a presence throughout the film, though that presence is rarely familiar due to Swinton’s ability to morph into her roles. She even plays an elderly man, a psychotherapist who begins to investigate the dance studio. Swinton nails every performance, and with the help of some extraordinary makeup artists, it’s almost impossible to know she is playing multiple characters unless you know beforehand.

Luca Guadagnino, who directed the film, crafts some unforgettable scenes and images throughout the film’s somewhat lengthy runtime. The film is shot to look like the 1970s, and the dance scenes are choreographed in a simultaneously beautiful and creepy manner. The sound of bare feet sweeping across the floor to the sighs exerted from the dances become chill-inducing noises that turn the film into a visceral experience, something Guadagnino has proven himself a master of achieving as evident from his past work. It’s amazing to think that, just one year ago, Guadagnino came out with the tender and quiet Call Me By Your Name, and now has achieved a complete 180 with a film that examines how darkness breeds throughout time.

One of the best aspects of the film is Thom Yorke’s atmospheric score. Yorke, who serves as the lead singer for the legendary band Radiohead, pulled out all the stops in his debut film score, utilizing a variety of instruments and vocals to instill a chilling tone throughout the film, creating a sense that the viewer feels like they are in a nightmare rather than watching a movie.

The film is rather disturbing and runs just over two-and-a-half hours long (not including a post-credits scene), but if you love horror, this is a film you cannot miss. The film is currently in select theaters and will be hitting Amazon Prime in 2019. The film was also recently nominated for cinematography and the Robert Altman Award at the Independent Spirit Awards, which recognize the brilliance of independent films. The show will air on Sunday, February 23, 2019.